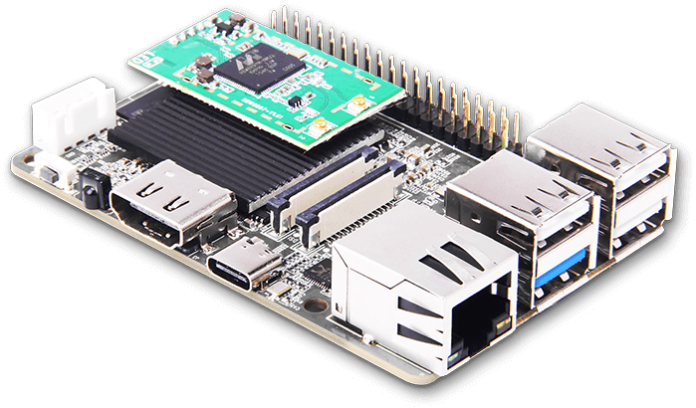 Many raspberry alternatives are available in the market, but Raspberry Pi is famous for its reliability, cost-effectiveness, and low power consumption. Well! You can use an Alternative to raspberry pi to do your tasks for a project. It can provide you with a well-performing AI, VR support, or a board best known for industrial use. Also, you can consider a raspberry alternative if you want to use something smaller than the Raspberry Pi.

Here is a list of the top five raspberry alternatives; let’s have a look.

The rock-chip RK3566 computer board is a unique and exciting alternative to the raspberry pi. When you need something slightly different than raspberry pi, it’s the best raspberry alternative. Rockchip RK3566 is available worldwide in English/Chinese (multi-language OSD) and supports Android 11.0 or Linux (Debian 10/build root). Rockchip RK3566 contains a bank card of 85x55mm size with Quad-core Cortex-A55 up to 1.8GHz.

Rockchip RK3566 offers retail and interactive communication with 2G RAM and 16GB eMMc flash. And its built-in Wi-Fi allows users to connect to the internet devices.

XPI-iMX8MM is an exceptional microcomputer creation and is one of the best raspberry alternatives. Due to its Stable and high-performance video encoding capabilities, people widely use it in many application scenarios. One reason for its excessive use is its rich expansion interfaces which help users perform different tasks related to Program education and software education more conveniently. XPI-iMX8MM supports a robust wired network along with WiFi/BT4.0 functions. It also holds four sets of USB Ports for USB devices. Besides, the board allows the operation of two lanes of MIPI LCD and MIPI Camera functions.

This is the third important alternative to Raspberry pi. In the absence of raspberry pi, using a quad-core processor is the best option because it provides 2GB RAM, 8GB eMMC storage, header, and multiple ports. Some other unique specification of this board includes 5V power usage and have (mm) 86*56*16 size. With an HDMI 2.0 out-display Amlogic S905X, SBC Board is considered the best alternative to a raspberry pi.

The fourth best raspberry alternative is Rockchip RK3128 Development Board with Quad-core Cortex-A7 1.2GHz SOC, which integrates Mali-400MP2 GPU. It works well with its outstanding arithmetic and graphics processing abilities to display high-quality video output with (1080p-60fps) display. It also supports 2.4G/5GHz Wi-Fi; these qualities make it the best alternative to a raspberry pi.

The use of computers is now essential in every field of life. And using a single computer for many projects or dedicating an entire PC to a project is overkill. Raspberry Pi is, without any doubt, the best SBC. You can use the most suitable raspberry alternatives described above if Raspberry Pi is unavailable or not applicable.

Ways Of Earning Money In The Runescape Game

How to Choose the Right Extruded Heatsink for Your Application

Most Pressing Components With Drone Current

Honor Magicbook 14-All You Need to Know About

Incredible Ways to Use a Laser Projector